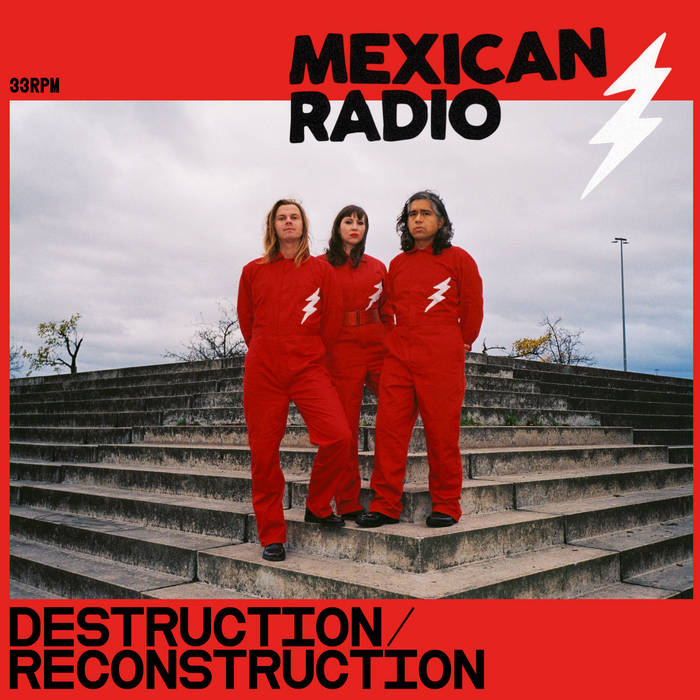 Destruction / Reconstruction is the second full-length album by Mexican Radio, coming out on 20 September on R.I.P. Ben Lee Records. Lead single and video “Night of the Nihilist” comes out on 23 August. The songs are dark, heavy, repetitive and high energy, with lyrics inspired by literature and art.

All songs written by Mexican Radio at Haus Neupert in Heinersdorf, Berlin.

Mexican Radio is a synth punk three-piece with high-energy songs inspired by bands like Cabaret Voltaire, DAF and Stereo Total. They wear brightly-colored uniforms at all times, and their live shows come across like psychotic radio broadcasts from another planet. They also host a monthly radio show on KCRW Berlin 104,1 FM called The Mexican Radio Radio Show. ... more

Bandcamp Daily  your guide to the world of Bandcamp